Q & A with Shane McDonald

Q & A with Shane McDonald

Q & A with Shane McDonald, Director and energy industry aggregator and ‘mixer upper’. 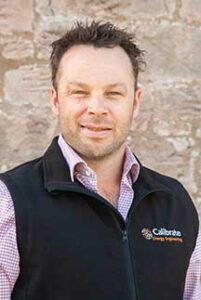 Shane: I come from a large dairy farming background in New Zealand, and we were quite mechanically hands on the farm from an early age. I guess I have always had a propensity towards figuring things out and ripping machinery apart and figuring how things work so my background comes from a long line of people who want to figure things out and on the back of that I ended up doing an industrial refrigeration and software engineering apprenticeship so that’s how I got into heavy refrigeration, so I guess that’s where it all started.

Emma: What is your vision for the future development of the company’s technologies?

Shane: I think the vision for us now after doing nearly 2 decades of mechanical work is more on the technology. So, what that means to me is, we have 2 or 3 software people in the company we’re very good now after a decade of re-writing our own software, overlaying across technologies, and collating it all together is something that’s very easy for the end user, so I think our future is very much power balancing, power generation, using power at the right times, it’s more technology and software based.

Emma: For those who are unfamiliar with Air and Ground Source Heat Pumps and Combined Heat & Power systems (CHPs), what are they and what are the benefits of adopting these technologies relative to installing, say, a new oil or gas fired boiler?

Shane: If you’re talking about heat pumps, the rationale of efficiencies for every kW of power you put into the heat pump, you should really get between 2 and 5 kWh. So, some of our systems run at 500/600% so that’s the clear benefit really. It’s minimal amount of energy to maximum energy output compared to a boiler which isn’t even 100% but we’re 3-500% efficiency.

For a CHP, I struggle to understand why you’d just burn gas for heat when you can do the same thing using biogas or hydrogen to generate power and the heat is a by-product. We’ve got our own CHP engines, which we’ve developed for the last 5-6 years , down to a cost whereby there’s not really a lot of difference and you get the power as well.

Emma: Can you tell us about Calibrate offers warranties and maintenance contracts on Ground Source Heat Pumps and Combined Heat and Power CHP systems?

Shane: What we try and do is be the printer cartridge rather than the printer so what I mean by that is we’re not in it just to install the equipment we actually want the ongoing relationship and revenue that comes with looking after the product for sometimes up to 20 years. What that means Is, when we’re designing something we’re thinking about all the breakage points and we’re allowing for it from the conceptual start so that then pulls through, whether or not the client goes with us for the whole 20 years, they’ve actually got a system that has been designed to own the responsibility so it’s always a win-win for us and the client

Emma: Resulting from the installation of Calibrate Ground Source Heat Pump and CHP systems, what would be the typical savings for a company?

Shane: Normally we can quite quickly hit the 50% mark per year, we have seen anywhere down to 10% on a large volume site which equates to hundreds of thousands per annum, and we’ve seen sites where we hit 90% so it does generally average at about 50%. That is thorough a combination of what we can save across electricity generation and electricity usage using a combination of power generation, heat output and the software in the middle to make it work to around 50%.

Emma: What is the expected Return on Investment (ROI)?

Shane: This totally depends on the system but with a CHP it’s typically 1 – 3 years and with a GSHP more, but the savings can be greater so it’s more about an overall picture of savings long term.

Emma: Can you give an example(s) of where Air/GSHPs have been combined with CHP units?

Shane: Most of our sites have some form of power generation on site, which is heat so where we have the biggest gains is the combination of the low grade heat being the heat pump up to 45-50 degrees, the high grade heat being the CHP up to 90 degrees for some sort of process for example grain drying, milk chilling, digestate drying on recyclables, whereby you need high grade heat and use lots of power that tends to be where we maximise our different technologies together.

Shane: Gridflex is our grid balancing service and is true innovation on our part. It is a combination of 10 years software development to create a controller called the Calibrate Analyser that functions as the brain that sits in the middle, which tells your various electricity using assets onsite. It helps decide whether to 1) run or slow down/speed up, 2) whether or not you want everything to stop and you want to generate back into the grid or 3) whether or not it’s not worth generating back into the grid because you’re not getting enough money and it’s worth getting cheaper or free electricity from the Grid. So, the Calibrate Analyser is in charge and tells everything on site what it wants it to do. You can override it or change the function, it’s very versatile based on over a decade of research and development getting it down to a fine art. It’s very easy to integrate with heat pumps and CHPs.

For example, we’ve come across this when working with a lot of our commercial industrial clients that have got historical assets with big power usages on site that have been installed for decades upon decades that are interlinked together. You get a factory or agricultural environment and we put an analyser in that it tracks everything in real time for the electricity usage and see how its performing and functioning and that data is used to form the basis of what would work best. So, you could put in X or Y CHP, GSHP, Solar etc so holistically it enables us to come up with a theory and prove it with real facts, that’s what it means to me. We link this into our E3 model, which is the overall picture of site best performance and gives us the check sheet of what do you want, what do you want now or later and what is going to give me the highest return on investment in the wider picture? I guess it’s like what are your business wants and needs, then we evidence the best options with real data.

Emma: You design, install and maintain these innovative systems, but how do you see Calibrate in the bigger industry picture?

Shane: We are hands-down energy integrators, let me clarify that, we are an end-to-end solution that creates innovative energy systems across multiple pathways and/or geographical scales to deliver reliable, cost- effective energy services with minimal impact on the environment. We also help commercial businesses to generate energy for profit. We have done the equipment manufacturing for 17 years now, so we have a really good capability across our 3 different sites, it’s what we do beyond that that sets us apart. As an energy integrator, that sets us apart, we’re doing it, but people are just talking about it. We’ve been doing it for a long time so that’s where I see our future.

Emma: How does Calibrate’s offer deliver on the decarbonisation imperative and what are your thoughts on the likely changes in legislation and drivers for industry?

Shane: The government’s 10-point plan for the green industrial revolution that they gave in December 2020 stated that there were various aspects of what they wanted to target. Net 30 and net 50 were the 2 biggest ones, now they must tell us how they’re going to go about it. They’ve told us the vision, now they must give us the steps, and the outcome of COP26 is still to come so it’s a waiting game.

Where I see the legislation changing to suit our industry is they must do something as we’re never going to get there if there’s no legislation change so they will drive some revenue and grants and tariffs towards localised power generation, district heating networks and towards renewable based systems such as heat pumps, so that’s where I think it’s going to go. We need the steer soon, though, in order to meet these targets.

Emma: What sets Calibrate apart from its competitors? Why would I come to Calibrate for my heating and chilling needs?

Shane: I think it’s experience, we’ve done it for so many years now and I think a lot of people are just discovering how to manage the heat pumps and the CHPs and how to integrate it all. We’re nearly 2 decades into this, we were doing it before it was in vogue, we’ve done hundreds of mega watts’ worth of heat pumps. A decade ago, we were installing up to 500 heat pumps a year on the domestic side of things. We moved up the scale and we now do 4/6MW district heating systems, so we’ve done the whole plethora from the tiny 2-bedroom house through to the system that’s big enough to run 10,000 houses. We’ve done the whole range of products now. 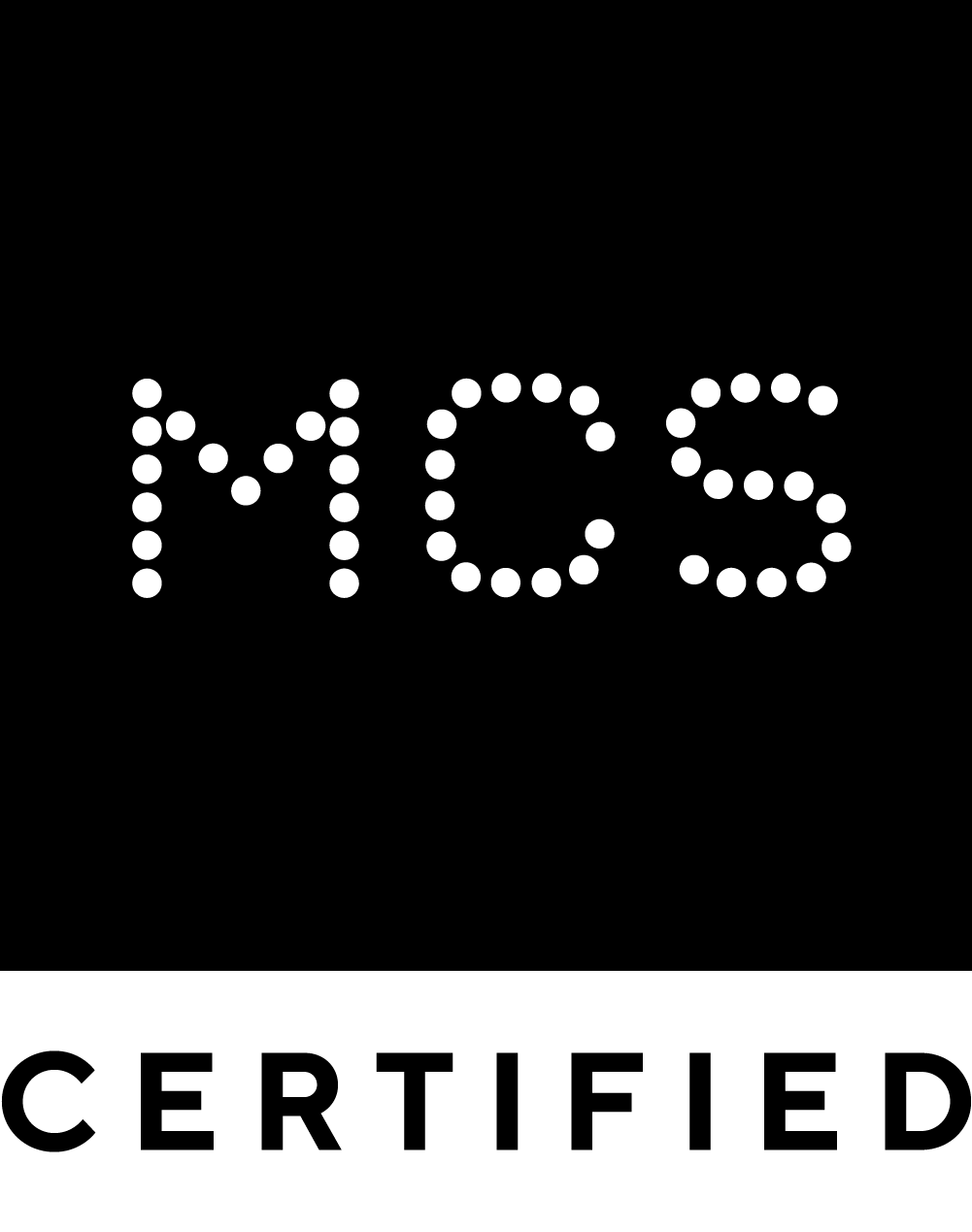 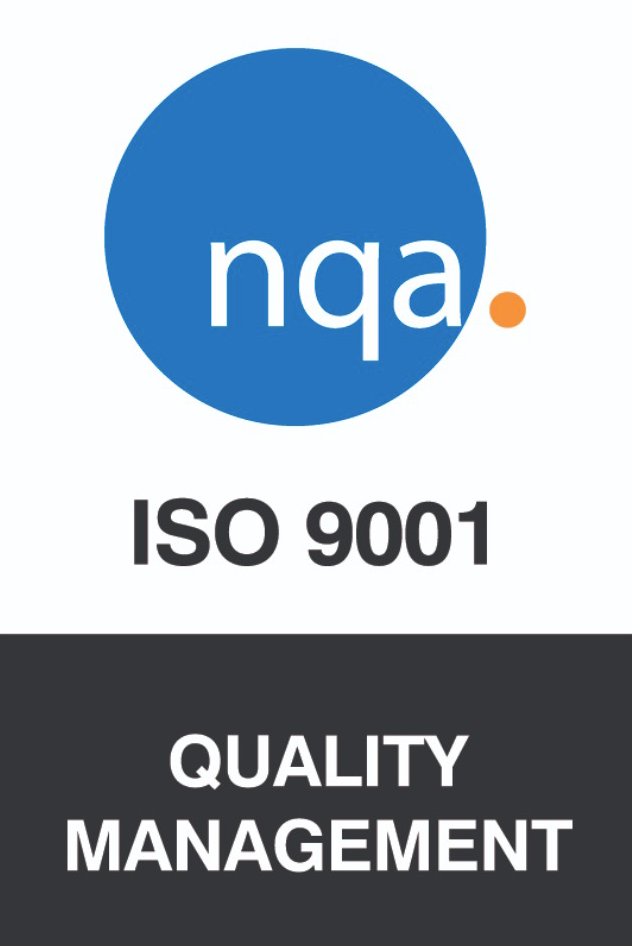